NORTHERN GREECE “The foundations of our society” 8 days / 7 nights

In Northern Greece, with the second largest city of Greece, Thessaloniki, we find traces of several mighty civilizations such as Macedonians, Thracians, Romans, Byzantines, Slavs and Turks. You’ll find beaches, ruins, mountains and Byzantine castles. If you are hungry for variety, Northern Greece is definitely something for you!

Day 1 Thessaloniki
Arrival at the airport of Thessaloniki and transfer. Free time. Dinner and overnight in the hotel.

Day 2 Thessaloniki – Meteora – Thessaloniki
Breakfast. Departure for Kalambaka. Arrival and visit the famous Meteora, geological formations unique in their kind, on which the Monasteries are perched; they were built in the 14th century and they are rich in precious testimonies of Byzantine art. Lunch in Meteora. Return to Thessaloniki. Stop along the way in the beautiful Valley of Tembi. Dinner and overnight in the hotel. 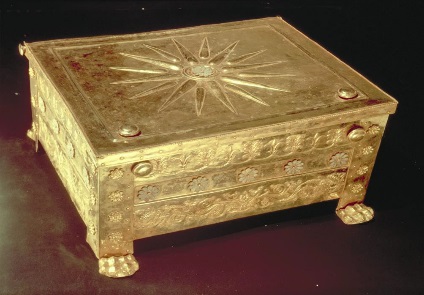 Day 3 Thessaloniki – Vergina – Naoussa – Pella – Thessaloniki
Breakfast. Departure to Vergina, the ancient capital of the Macedonian Kingdom, where nowadays is one of the most beautiful museums of Greece. Visit of the museum, which contains the royal tomb of King Phillip the 2nd, Alexander the Great’s father, along with golden and other artefacts of an incredible beauty and value. We continue towards Naoussa and stop for a winetasting with lunch. Departure to the village of Pella, the birthplace of Alexander the Great, and visit of the archaeological site and of the museum. The excavations have brought to light the interesting findings of the ancient city and the pavements decorated with mosaics of rare finesse, exhibited at the local museum. Return to Thessaloniki. Dinner and overnight in the hotel.

Day 4 Thessaloniki – Dion – Olympus – Thessaloniki
Breakfast. Departure to Dion, religious centre of the Ancient Macedonians dedicated to the worshipping of Olympian Zeus, situated at the footsteps of the famous Mount Olympus, the mythical home of the Gods. In Dion Alexander the Great offered rich sacrifices to the Gods before leaving into the legendary expedition to Asia. Visit of the archaeological site and of the museum. We continue to the traditional village of Litochoro. After lunch free time for a tour of this picturesque village and for a walk in the valley of Enipea, on the low slopes of the mountain. Return to Thessaloniki. Dinner and overnight in the hotel.

Day 5 Thessaloniki City Tour – Ouranoupoli
Breakfast. Guided visit of the city of Thessaloniki: the animated centre, the picturesque old town, the beautiful Byzantine churches, the Arch of Galerius, the Rotonda and the interesting Archaeological Museum. Lunch in a traditional restaurant of the city. Then afternoon transfer to Ouranoupoli. Dinner and overnight in the hotel. 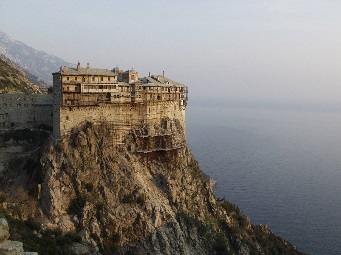 Day 6 Ouranoupoli – Mount Athos Cruise –Ouranoupoli
Breakfast. Departure to the charming village of Ouranoupoli in Chalkidiki were we shall embark for the cruise of Mount Athos. We can admire from the sea the beautiful monasteries, which transformed this area into a place of particular historical and cultural importance and we enjoy a landscape of great natural beauty. Return to Ouranoupoli. Free time after lunch and for a tour in the picturesque town. We continue to Stagira, the birthplace of the famous philosopher Aristoteles, and towards the traditional village of Arnea. Return to Thessaloniki. Dinner and overnight in the hotel.

Day 7 Ouranoupoli – Amfipoli – Filippi – Kavala – Thessaloniki
Breakfast. Departure to the ancient town of Amfipoli, an important center during the ancient period due to its strategic position. Visit of the archaeological site and then we continue to Filippi, an important archaeological site and a city founded by King Phillip the 2nd of Macedonia. It was here that Saint Paul founded his first Christian church in Europe. After the visit, departure to Kavala, a city rich in history, situated in a pleasant natural environment. Lunch and then tour of the city built over the ruins of the previous Byzantine fortress and surrounded by well-preserved walls, Kavala is considered to be the ‘’access door’’ of Christianity in Western Europe. Apostle Paul, following his vision, landed there to bring ‘’the good news’’. Visit of the city and return to Thessaloniki. Dinner and overnight in the hotel.

Day 8 Thessaloniki
Breakfast and transfer to the airport. Departure. End of our services.